Run Like Hell (also known as RLH) was a third-person shooter video game developed by Digital Mayhem, published by Interplay Entertainment and distributed by Avalon Interactive for Xbox in North America on April 9th, 2003. 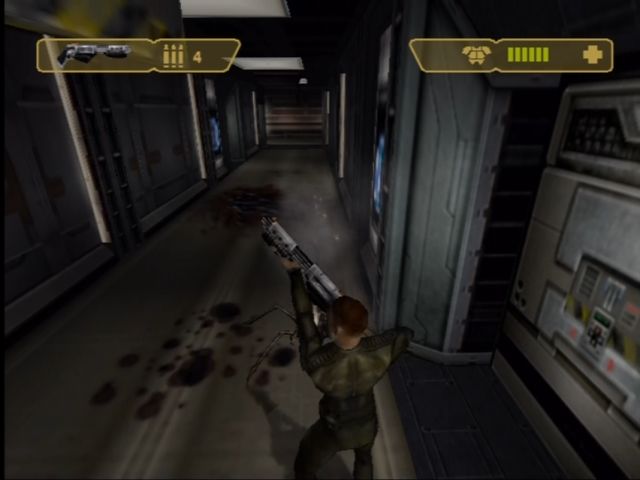 The Village Voice gave the Xbox version a score of seven out of ten and said, “It’s one thing to watch your favorite stars provide product placement in Hollywood blockbusters, quite another to force the BAWLS into your mouth as a condition of advancing through the game.”