The newest issue of the Back To The Future comic series from IDW is here! Issue #23 hit the store shelves on October 11th, and is part 2 of a 4 part story arc! This new issue, plus more international editions have been added to the collector’s guide! Let’s see what’s new!

“TIME SERVED, PART 2!” The crime of the century! Marty, Biff, and Jailbird Joey are out to rob Doc Brown’s mom—in 1972! But with the DeLorean missing, how’s Marty going to get back to the… aw, I didn’t even mean to do that this time. Ahh! I didn’t mean to make a “time” joke. (Well, you know what I mean.)

There are 4 covers, and they have been added to the international editions page here.

Brazil is now in the mix, in terms of releasing international editions of the Back To The Future comics! 3 companies, 2 TPB’s, and 3 digital only editions have been added to the collector’s guide! 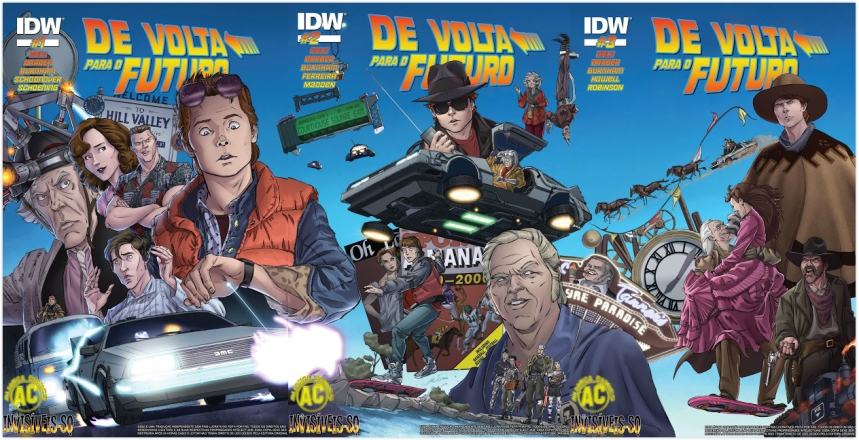 More information on these can be found on the international editions page here.

That’s all for now, see you in the future!